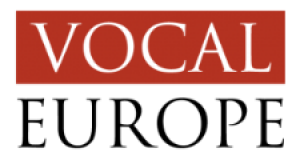 First Kosovo. Then Moldova, Georgia, now Ukraine. Or just the way around. Not important. But everywhere the same unbelievable facts of parallel and somehow frightening tendencies over last months and years.

Turkish citizens either living in these countries for many years or seeking asylum there – for different reasons – are oppressed, mistreated, and finally even worse, in a kind of Wild West approach, expelled by their actual hosting countries. What is so suddenly going on in Moldova, Georgia, Ukraine, and even in the Western Balkans like Kosovo, i.e. In countries regarding themselves as democracies fully in accordance with the obligations rooted in their Membership to the Council of Europe and respective European conventions.

Countries who have ratified Association Agreements with the European Union, emphasizing its full recognition of values, principles and democratically set laws and rules as core of the relationship between the EU and the countries of the Eastern neighborhood and expecting the same from the EU.

Over the years of its own transformation and approaching to EU with the political will of applying for European Union membership status it must be stressed that a benchmark for all these political developments remains unchanged and constitutive: human and social rights are non-negotiable values and the guarantee for democratic societies, the state and economy.

That’s why the recent developments raise a big question mark:

Why Turkish citizens in these countries, some of them living and working there, partly with their families, who in case of Moldova even got Moldovan citizenship, turned to be enemies not welcomed foreigners, what in diplomatic language normally is characterized as “persona non grata” worst and above all the fact of the expelling of 7 Turkish citizens from Moldova to Turkey?

These last developments in Moldova clearly violate spirit and letter, core and basic principles of the EU-Moldova Association agreement. The acting of police, secret service and of governmental institutions turned just contrary to bilateral agreed direction of the neighborhood relationship between EU and Moldova, based on mutual trust, respect of law and all international treaties. That is the given frame for enabling both partners to be able for shaping in the interests of their people a closer cooperation in future.  The expelling of Turkish citizens undermines further the trust into Moldova’s ability to fulfill obligations from the Association Agreement, it can’t be accepted.

But let us have a closer look on what had happened and was organized simultaneously and by force in just few hours on 6th of September. The seven Turkish citizens who were working in the network of Moldovan-Turkish lyceums “Orizont” as teachers, some of them teaching Turkish language, two of them being school directors, three of them living in Moldova for more than 20 years, being married with Moldovan citizens and children with Moldovan citizenship, and all of them were staying in Moldova for many years on a legal basis, were suddenly retained – at their home, some in the street, one person was retained at school.

The expelled persons didn’t get any decision of a Court concerning their deportation, and they even didn’t had access to their lawyers. SIS just transported them to the airport and according to some independent Moldovan on-line media a charter plane operated by state-owned Air Moldova company brought them from Chisinau to one of the military airports (Tekirdag Corlu) near Istanbul.

Relatives stated that all the documents including passports of remained at home, meaning the illegally deported persons had been forced to pass the border without any documents. Fact is too, that the same day Moldovan Secret Services reported about the expelling of Turkish citizens who are supposed to be linked with terrorist movements abroad.

Turkish mainstream media announced in a surprising parallelism news about an operation organized by the Turkish secret services in close cooperation with their Moldovan colleagues, reporting that “representatives of FETO” were successfully retained in Moldova and expelled to Turkey.

The expelling of Turkish citizens from Moldova can’t be characterized other than kidnapping – a clear breach of international law. It is even more evident as after a public appeal of Turkish Prime-minister Yildirim to Moldovan authorities to close the network of Turkish lyceums in Moldova few months ago five out of seven expelled citizens asked for political asylum in Moldova, unsure and fearing about individual future, their security and life.

No decision about applications has been taken yet, so the expelling marks an illegal disruption of the asylum checking procedures. And yes, some of the expelled teachers were known via social networks for their critical positions towards the political development and pressure on people by Erdogan’s regime.

The new regional political conjunction between the Moldovan State leaders, the powerful Plahotniuc-Dodon collaboration and the Turkish President Erdogan as well as more generally the growing influence of Turkish political circles and linked to President Erdogan business stakeholders in the whole Eastern European neighborhood countries are accompanied by various attempts of Turkish authorities to reach out to any Turkish citizens who criticizes the current policies in Turkey abroad and so in the region.

Such critical voices are concerned about and resisting to a growing dominance of Turkey under party-driven interests and strategies into the Black Sea – region generating a significant influx of new Turkish investments in Moldova especially in the construction field too. One of these critically discussed engagements is a huge multi-million sport and entertainment Arena-Chisinau complex, which is going to be built according to public-private partnership by Turkish companies under the guarantees of the Moldovan Government. Turkish companies get increasingly involved into financing and constructing Moldovan road infrastructure.

Turkish businesses are also engaged in Gagauzian Autonomy region too. Turkish International Cooperation Agency (TIKA) is one of the most active. They work on permanent bases with local politicians, NGO’s and media. This engagement marks a general growing presence of private Turkish businesses – supportive to the geopolitical interests of current Turkish leadership. TIKA became so one of the main international donors in the region, enabling current Moldovan and Gagauzian political leaders to multiple international support to continue their way of ruling.

Irina Vlah, the Head (Bashkan) of the Autonomy has regular meetings with Erdogan, Yildirim, Cavasoglu and other high-rank officials in Turkey.

With the assistance of Turkish diplomacy and agencies/services like TIKA there are permanent contacts and projects also between Gagauz Autonomy and so-called Turkish Republic of Northern Cyprus.

The expelling is to be seen not only as silencing Turkish opposition activists abroad but also in wider geopolitical and geo-economic context. The forthcoming official visit of president Erdogan to Moldova visit is prepared by the officials as something more than regular, as something really historical. He is going together with Dodon to re-open Moldovan Presidential Palace as well as to visit Gagauz Autonomy. The expelling of Turkish citizens from Moldova could be obviously perceived like an advanced welcome gift for Erdogan before departing to Chisinau.

Moldovan civil society representatives of main opposition parties openly criticized the decision to expel Turkish teachers from Moldova. Ina Shupac and one more MP for the PCRM publicly raised this brrach of law.

And till now Moldovan media are scandalizing this unprecedented case as well as Amnesty International Moldova and the Office of Ombudsmen, who expressed their serious concerns. Teachers, pupils and human rights activists protested in front of the Parliament, while Moldovan Parliamentary Speaker Adrian Candu tried to justify actions of the authorities, providing parliamentary hearings organized in a close format by the Security Committee of the Parliament and publicly denouncing afterwards the expelled Turkish citizens for having had closer relations with Workers Party of Kurdistan. Interesting to mention that Candu’s son was studying in “Orizont” lyceum until may this year and was transferred to another one just after the appeal of Yildirim to close Turkish lyceums in Moldova.

By expelling Turkish citizens who recently applied for political asylum Moldovan authorities seriously violated a number of international treaties ratified by Moldova. The UN Geneva Convention on refugees from 1951 is one of them. The Convention clearly does not allow contracting states to forcibly return or “refoul” refugees to the country they’ve fled from (Article 33).

The expelling violates Moldovan Constitution, basic human rights and freedoms stated in the European Convention on Human Rights, Moldovan law on refugees as well as other commitments of Moldova towards Council of Europe. It neglects the obligations of Moldova to implement common readmission policies according to the EU-Moldova Association Agreement provisions related to.

Worse of all, such collaboration of the Moldovan government with Turkish president Erdogan and its power architecture is a clear signal of intimidation to all Turkish opposition activists abroad: Erdogan’s regime can catch you everywhere and anytime.

By expelling Turkish citizens from Moldova asking for political asylum Moldavian authorities crossed a red-line: The internationally fixed universal individual right on political asylum can be ignored and breached if needed to get other interests pushed through. For any political or economic interest, even if there is a high risk that these persons will be tortured and will be deprived of their basic rights like thousands of other opposition activists, journalists, human rights defenders, teachers who remain in Turkish jails.

That is the unacceptable scandal in Chisinau, the dramatic dimension of the case. And those similar dramatic cases in Kosovo, in the Ukraine or elsewhere. And we must be more than only attentive to developments and challenges within the home affairs, asylum and migration policies of EU Member states as well.