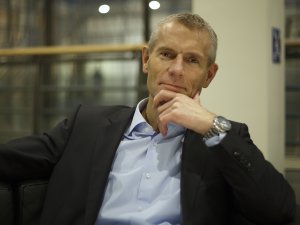 Thank you very much for taking the initiative to ask for my views and the views of my political group on these very important questions.

If you don't mind, I would like to explain that I represent the people who voted for the German party Die Linke. Our 7 MEPs have joined the GUE/NGL group in the European Parliament. This abbreviation stands for Confederal Group of the European United Left / Nordic Green Left. Vänsterpartiet is the Swedish party in our group, with MEP Malin Björk.

In a confederal group like ours, the views of the Members can be divergent on certain issues. I could imagine that my friend Malin would respond to some of your questions in a different way. But you have probably sent her the same questions and will see for yourself.

Now here are my responses:

1. Will the Euro remain?

Yes. Serving in the Committee on International Trade, I can observe daily the advantages of having the Euro. In world trade, it has become an important alternative to trading in Dollar. I strongly reject the austerity measures that were imposed on the Euro-countries Greece, Portugal and Spain, when neoliberal forces took the opportunity of the crisis to order a retreat of the state from economy, and to sell below value public utilities, entire pension systems and important public services to private investors. These measures were not necessary to stabilise the Euro. The population of Greece has good reasons for wishing to maintain the Euro by vast majority. Leaving the Euro and reintroducing the Drachma would come with depreciation of the currency of up to 7.5 % against the Euro. The country is highly dependent on important goods, in particular for energy and food. A lower value of the currency would make everything more expensive for the population. It is in the interest of the poor in Greece to stay in the Euro. It is in the interest of the poor in Greece to end the austerity doctrine of the Eurozone. Officials from the EU Commission have already harshly criticised the (left wing) government of Greece for their recent increase of minimum wages, and the support for expanding trade union tariff agreements.

2. How many nations will be members of the EU?

On the 27th of May, the EU will have 28 Member States. It is not clear yet, if and when the UK is leaving the EU. If they do, this might lead to new votes in Scotland on leaving the UK, and in the North of Ireland to join the Republic of Ireland. Regardless of the developments in the UK, the next state to join the EU is likely to be Montenegro, probably followed by more Balkan states. If the citizens of a nation decide in a referendum that they want to join the European Union, and if they meet the Copenhagen criteria for joining (democracy and human rights related), I cannot see me or my party to be in the position to deprive them of their right to join the EU. In the next two decades, I expect the number of Member States to increase. The political forces arguing for an exit from our EU in several Member States are loud, but not the majority.

3. Will the EU be governed as one nation (such as the United States) or be divided into small governing bodies?

My party argues for a radical reform of the European Union. This is mainly about changing the political priorities towards a Europe of solidarity, social justice and peace. It is also about enhancing democracy in the European Union. I come from a federal state myself, where the interests of 82 million people are politically managed on the central level as well as on the level of the 16 states. The experience is rather positive, and I have no problem to imagine a "One Republic" approach with a federal character for the European Union as well.

We need to further develop and strengthen multilateralism in order to safeguard peace, and to tackle our common challenges for humankind such as climate change. Personally, I see an urgent need to transfer more implementing powers to specialised agencies of the United Nations System such as the World Health Organisation, in order to speed up deliverance of results. Whether we will see an increase of the importance of supranational organisations such as the African Union or ASEAN in Southeast Asia remains to be seen. Trends differ a lot between the regions today. To my regret, enhanced economic cooperation in, for instance, ASEAN proves to be possible at the same time as a decline of democratic rights and labour rights in the region. I want our European Union to assume a new role as partner of the world, rather than a colonial power. Together with our partners, we have a real chance to tackle our common problems. Only together.

5. How will the politics regarding climate and flying change?

If we win the elections, we will change the way how we measure success. We will stop to define success by measuring the growth rate of the gross domestic product. We will replace it by measuring success by the contribution of policies to achieve the United Nations' Sustainable Development Goals by 2030. This includes urgent measures to stop global warming, but at the same time, the goals cope with the right to human development and to overcome poverty, hunger, and deprivation of access to water, sanitary services and education. We will need to cap the overall output of CO2, so much is clear. Measures will certainly have to address the aviation sector as well.

Once again, thank you very much for your initiative and for providing me with this opportunity to share my views with you.