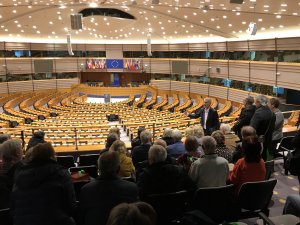 On the situation of Mr. Julian Assange

As Members of the European Parliament, we express our concern about the situation of Mr. Julian Assange. As requested by the US, UK Home Secretary Sajid Javid has just signed an extradition order for Mr. Assange to this country, making WikiLeaks founder closer to facing prosecution. We deplore this decision. WikiLeaks’ founder is an international symbol of the struggle for international political transparency, and his detention constitutes not only an attack on the right to information, which is a fundamental pillar of democracy, but also contravenes both international and European legislation.

Firstly, we would like to draw to your attention that the Inter-American Human Rights Commission and the United Nations requested to respect Mr. Assange’s right to maintain his asylum status and to prevent him from being extradited to the US until his asylum right is determined in a transparent, impartial, fair and full guaranteed procedure, including the right to appeal. In this sense, the UN Special Rapporteur on Extrajudicial, Summary or Arbitrary Executions Ms. Agnes Callamard, stated that by expelling Mr Assange from London’s Embassy, the Ecuadorian authorities allowed the arrest by the British authorities and that by doing so, Ecuador exposed Assange to a real risk of serious human rights violations.

In this vein, according to UN Special Rapporteur on Torture Nils Melzer, extradition would put Mr. Assange at risk of cruel, inhuman or degrading treatment or punishment. While extradition without due process guarantees and protection measures violates international law, it is particularly problematic when the State of destination applies the death penalty and has not disclosed the criminal charges against the person concerned. In such cases, as the Rapporteur explains, the international legal principle of non-refoulement is absolute, regardless of considerations of national security, political expediency or any other similar consideration.

Secondly, on 16 April 2019 the European Parliament adopted by a large majority of 591 votes in favour, a new law to strengthen the protection of whistleblowers and to prevent them from being subjected to reprisals and consequences such as condemnations, forced exile and endless legal proceedings. In particular, and very importantly, this Directive states that when a journalist or a whistleblower uncovers State secrets that are in the public interest, they should not be prosecuted for their act of public service. The truth must be revealed in any case, and those whistleblowers who reveal it must be protected. We believe this is unquestionably the case of Mr Assange, therefore the Directive should be enforced to protect him from any possible retaliation exercised as a result of his work on the WikiLeaks’ case.

Lastly, and paradoxically, while being subjected to retaliation, whistleblowers are very often recognized by public entities. This is the case for Assange, when he was awarded at the European Parliament with the GUE/NGL Award for Journalists, Whistleblowers and Defenders of the Right to Information. Assange has been honoured with this award as recognition of his work in exposing the truth, and for his courage in risking his personal freedom. We believe this public recognition should be used as means to highlight the need to both continuing exposing the truth and ensuring the right to information.

In light of all this, we call on the European Commission to use all means at their disposal to make sure:

We thank you for your consideration and remain at your disposal for further discussions on this matter, 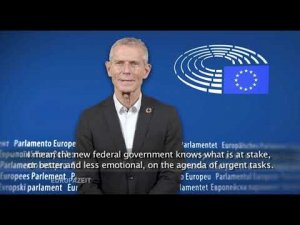